I feel the need to point out that Farah is joking about the whole impact crater thing, in case someone was tempted to take the comment at face value…. ;) In other news, I’ll be at TCAF (Toronto Comic Arts Festival, May 13-14) and VanCAF (Vancouver Comic Arts You Guessed It, May 20-21) and I just restocked on printed prologue comics! 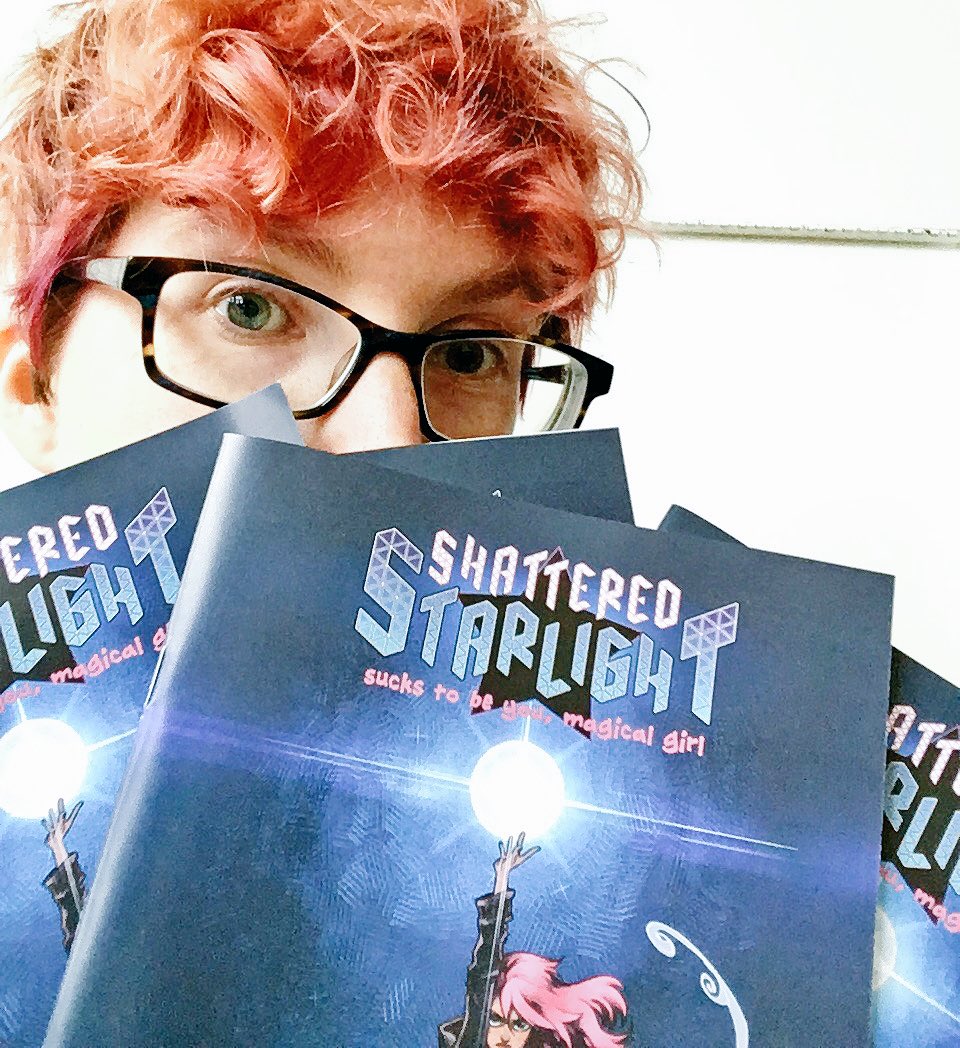 I should also hopefully have a few copies of the new Fey Winds, I’m just getting a little antsy from the anticipation/trepidation of getting them soon! Also a test batch of stickers, which I’m also anxious to see, but considerably less terrified by than a literal metric tonne of books!

is an online comic about Farah, a former magical girl trying to get her life together when monsters, strangers and old enemies threaten to drag her back into the fray.

Updates weekly for now, but this might change in the future, depending on how my busted drawing arm heals!